Signals of severe change in our environment are presently coming fast and furious. Some of these messages are global, others regional. Some are catastrophic, others serve as warnings… for now. West Marin, our home region, received a severe warning on August 8th of this year. That afternoon a grass fire erupted on the landmark for which our organization is named: the knuckled mass of basalt called Black Mountain. This iconic bulge in the outer coast range is a reckoning point for people throughout this part of West Marin surrounding southern Tomales Bay.

Many locals watched from a few miles to the west as fire surged up Black Mountain’s southwest face and a warm wind fanned fountains of flame in the dry grassland. Dread was in the air along with smoke, especially because our California fire season this year was already catastrophic. Redding had suffered terribly, the massive Mendocino Complex was raging, and memories were vivid from last year’s fire tragedy in Santa Rosa. We also recalled the Vision Fire of 1995 that blackened more than 12,000 acres in Point Reyes National Seashore and raged through Inverness Park, consuming 45 homes (but taking no lives).

This August, our towns and homes were spared. Marin Fire mounted a rapid, intelligent, and thorough response. Planes and helicopters flew, dropping fire retardant and water. Men and machines patrolled the burn, guarding its perimeter. Containment was diligent and successful. Forty-five acres of grassland burned, with nearby ranch infrastructure thankfully spared.

Now as we watch the sun rise above the crest of Black Mountain, our familiar landscape carries a new signal, an unavoidable message to humans. Imprinted on the mountain’s flank is a large charred mark, a vertical slash of black upon the golden-brown grassland. It can feel as if a fire deity laid its hand over “coyote’s knuckles” (one of Black Mountain’s other names) – renewing the grasses that thrive on fire but also warning us humans. Be ready for change: it’s already here! The familiar is no longer guaranteed. Work to keep one another safe!

Having been a firefighter, events like this bring back the best and the worst memories for me. I watched this fire-fight from a friend’s ranch on the Nicasio side. I went there to gather critters just in case. The air attack came right over my head; on each pass it looked as if the plane was on a suicide dive. I’d hear the woosh of the bay doors opening and know that a load of fire retardant was being dumped. I couldn’t see if they hit the line, dropped too high or too far inside. Just the plane, woosh, then they would circle and head back to base.

My friend who owns the ranch was out of town, and while I was there at least six people showed up to see if she or her animals might need help. I see the scar on the mountain now and think of the love that showed at the ranch that day, the love of the firefighters slogging up that hill cutting line, the heart of the insane dozer operator who cut a line up the right flank and across the ridge, and the passion of the air attack crews. Altogether it was the best of humanity.

Way, way beyond Black Mountain’s fire scar, if you squint your eyes, you can see Charon, the ferryman, moored at the mouth of Tomales Bay. He waits for souls like us who die these days of heartbreak and horror. If we find a coin to pay him, where is there to go? Heading into roiling seas, Fukushima’s next, our shore of ghostly arrival.

I was turned back on my drive to Point Reyes on the afternoon of the fire. I suddenly realized that smoke I had been smelling was not from the fires up north, but right here!  “Oh not here, not Black Mountain! That’s just too close.” I took a different road to the center where I’m responsible for the well-being of three out-of-town guests, none of whom had cars. I tried to keep my voice steady as I handed out N95 masks and hatched possible evacuation plans. Through the extraordinary efforts of the firefighters, and community radio station KWMR, we were all safe and able to stay put. It’s remarkable that just three miles from Point Reyes, the only thing that burned was grassland – from the edge of the road, straight up to the top of the mountain. Now those splotches of black and red look to me like a warning swat by angry beings. May we heed their warning!

During the fire, from my view, quite far away, the airplanes were like mosquitos buzzing over and dropping red dust. I watched the black, growing up the hill, on a windy day. Now it looks like something threw a big muddy paw across it that landscape. Up close, driving by, I can see that many oaks weathered the fire; just the ground is scorched. I do think of the small animals and nests: there have been so many around this warm summer….

I’m glad it didn’t spread or affect people’s life and property—but California grassland could use more low intensity fires like this. I wish we had monitoring data from there to see pre/post fire effects on soil, vegetation, birds, et cetera. My guess is the burn scar will vanish come spring next year, with the grass green-up. It would be great if wildflowers were especially brilliant at the burn site, but more likely it will just fill in with the same grass and forbs that burned.

As co-owner of Black Mountain Ranch I want to extend my respect and humble thanks to everyone who helped fight the fire. I happened to be meeting someone two gullies to the west of the fire when it started. The response was unbelievable and amazingly well coordinated between a number of local Fire Departments (Marin, Inverness, Novato, possibly others) and Cal Fire. It is because of your efforts that our ranch and quite possibly West Marin and Nicasio were saved. Thank you, thank you, thank you. This fire helps remind us of the fragile beauty we are surrounded by. Hopefully this very visible scar will help us continually be aware of the vulnerability of our environment.

Joanna Macy and the Great Turning 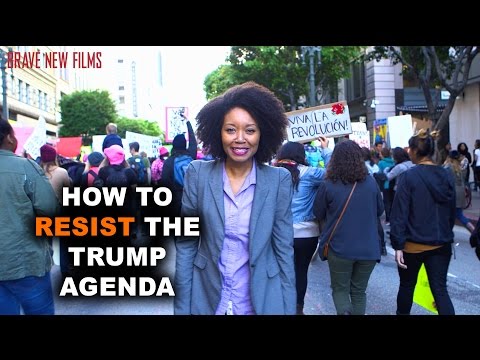 Geography of Hope: Ancestors and the Land